The cave of Rouffignac is unique in many ways. First, it is about three miles from the Vèzére River, all the others are much closer. Secondly it is really long -several miles long. In order to see the artwork you join your guide on a small electric train that travels about half a mile into the cave. This is a real selling point to the kids! And thirdly, it has been the frequent winter dwelling place of hibernating bears for millennia. All along the way inside you can see their burrows dug into the soft sides of the cave and the scratching of their claws as they trimmed their nails upon waking each 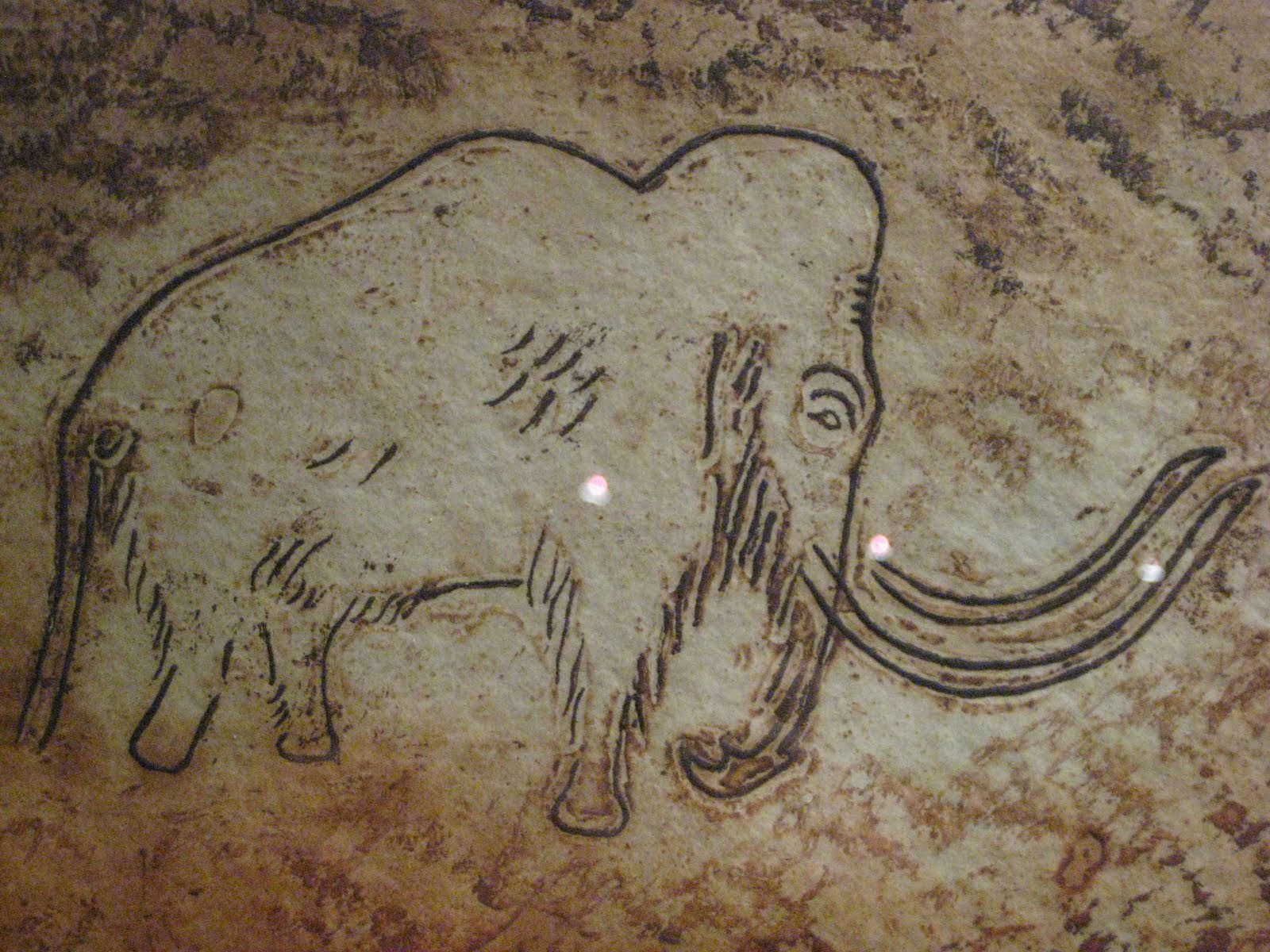 This cave is known for its numerous mammoth paintings and etchings, more than 150 have been counted so far! These were spread throughout the cave and almost exclusively in groupings. Rouffignac also has its own “Sistine Chapel” called Le Grand Plafond. The ceiling here is richly decorated mammoths, bison, ibex, and horses reminiscent of Lascaux.
The main difference is that these were drawn only in black line on a ceiling only two feet tall (The ceiling in Lascaux’s main chamber is about 10 feet tall). Al of this was done of course with the light of a fat burning lamp more than a half mile from the entrance to the cave. Even Michelangelo would have had difficulty here.

The authenticity of some of Rouffignac’s artwork is often called into question. In particular the wooly mammoth drawings here caused early prehistorians a lot of trouble. The tail end of these creatures included a strange flap of skin near the anus. This anatomical mystery was authenticated when in modern times the remains of wooly mammoths were found in Siberia with this same feature. So these drawings couldn’t have been fakes. No one knew of this feature until modern times.

Along with the paintings and engravings found in these caves there are also a number of“tectiforms.” These are pattern-marks that repeat themselves within a cave or regions of a cave. Some are painted dots, rectangles, lines, and triangles, and others are engraved scratchings. In Rouffignac there are miles of lines drawn in the soft mud of the walls by fingers. Researchers have studied the shape and size of these finger flutings and determined that these markings were made by eight different people at least three of which were children under the age of eight. The children must have explored extensively as their markings are found even in the remotest areas of the cave. They appear to belike a kind of signature or sign specific to a cave, area of a cave, a people group, or artist group. Because of the uniformity of the markings they are thought to be an early form of writing or least a way of signing one’s name. Could this be the beginnings of written language dating back to over 15,000 BC?

Looking for accommodation near Rouffignac ?