The Lascaux Caves in the Dordogne region of southwest France contain some of the oldest and finest prehistoric art in the world. The cave paintings, which mainly depict animals, are some 17,000 years old and seem to have a ritual purpose. For preservation reasons, the public may only visit a well-executed replica called Lascaux II. 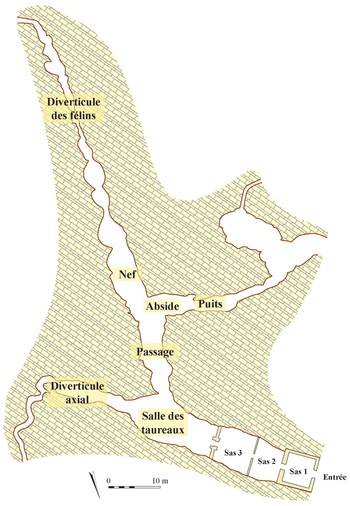 Radiocarbon dating of charcoal and other artifacts found in the cave complex has led most scholars to date the Lascaux paintings to c.15,000 BC, making them some of the oldest paintings in the world. The majority view is that the paintings were completed over a period of a few centuries at most, while others believe the work was carried out over a much longer period.

Given the lack of written records, the purpose of the cave paintings cannot be known for certain. However, the high quality of the work and the amount of effort involved (scaffolding must have been used to reach the highest part of the walls, for instance) suggests it was a sacred place that may have been used for rituals.

The cave complex was closed up shortly after its decoration and it remained blocked up until September 1940, when four local boys stumbled on it while looking for a dog. The site was first studied by the French archaeologist Henri Breuil (1877-1961), a renowned expert in prehistoric art.

Having been hidden for 17,000 years, the Lascaux Caves were in perfect condition when they were discovered. Unfortunately, however, the caves were opened to an enthusiastic public in 1948 without any thought to preservation.

The combined effects of artificial lighting and 100,000 visitors per year soon caused great damage to the site. Much valuable archaeological information was lost, the bright colors of the paintings faded, and destructive layers of algae, bacteria and opaque calcite crystals formed on the walls.

Finally, in 1963, the caves were closed to the public and restoration efforts began. The growth of crystals was stopped and the algae and bacteria growth was reversed. The caves are still carefully monitored and remain closed to the public. In 1979, the Lascaux Caves were declared a World Heritage Site along with over 20 other painted caves in the area.

In 1983, a carefully executed replica known as Lascaux II opened to the public. Located on the same hill as the original, the replica cave took 10 years to complete. The paintings were reproduced with painstaking attention to detail by a local artist named Monique Peytral.

The original Lascaux Grottoes consist of a main cave 66 feet wide and 16 feet high, plus several smaller galleries. The walls and ceilings of the caves are decorated with some 600 painted figures and almost 1,500 engravings in total.

The subjects of the paintings are almost entirely animals, some of which are now extinct. The horses, with small heads and hooves and round bellies, resemble the Przewalski horse of Asia and horses depicted in Chinese paintings. The deer are graceful animals with fine sets of antlers.

The bulls that feature prominently in the paintings are actually aurochs, a horned bovine species that went extinct in the Middle Ages. They are often shown in three-quarters view, whereas the other animals appear mainly in profile.

There are also six cats, two male bison, and an unidentified two-horned animal (confusingly nicknamed “the unicorn”) that may be a mythical creature. A rare narrative scene may depict a hunting expedition or a shamanistic ritual. Finally, there are repetitive patterns of intriguing geometric designs, including rectangles and jagged lines. 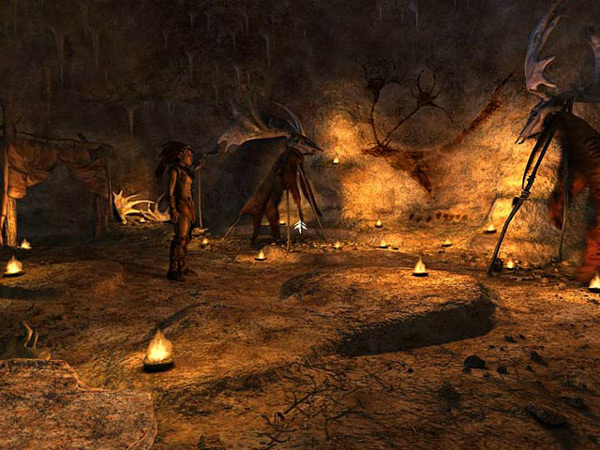 Lascaux II is located just 200m from the original caves in a cement bunker. It replicates the two main chambers of the Lascaux Caves, including about 200 replica paintings stretching over 128 feet. Although it cannot compare to the real thing, the replica caves are remarkable in their attention to detail. The caves were reconstructed as close to the originals as possible, even including the temperature (55° F).

Painted by local artist Monique Peytral, the Lascaux II replica paintings use the same methods and materials as the original Paleolithic artists. The design was copied exactly by projecting photos of the original caves onto the walls and painting over them.

Visitors first encounter an exhibition describing the layout, history and methods of the original Lascaux Caves, followed by the replica version of some of the most famous paintings in the world. The paintings were done in red, brown and yellow ochre with outlines of black manganese dioxide.

The nearby Le Thot Prehistoric Theme Park (combined ticket with Lascaux available) can add to the appreciation of Lascaux II and is especially popular with kids. It includes a video of the construction of Lascaux II, models of prehistoric scenes, and, perhaps best of all, live examples of animals depicted in the Lascaux paintings: European bison, long-horned cattle, Przewalski horses, and animals from Mongolia believed to resemble the prehistoric wild horse.