Back in pre-historic times, say, 130,000-30,000 years ago, Europe was dominated not by quaint cafes and dainty bakeries, but by a group of not-quite humans called Neanderthal.

In the form of a common insult, their legacy lives on today, and perhaps more accurately than we think: new research suggests that the Neanderthal’s extinction was not due to climate change (as was previously argued) but rather to their inability to beat the competition, which came in the form of Cro-Magnon—the first anatomically modern human population. 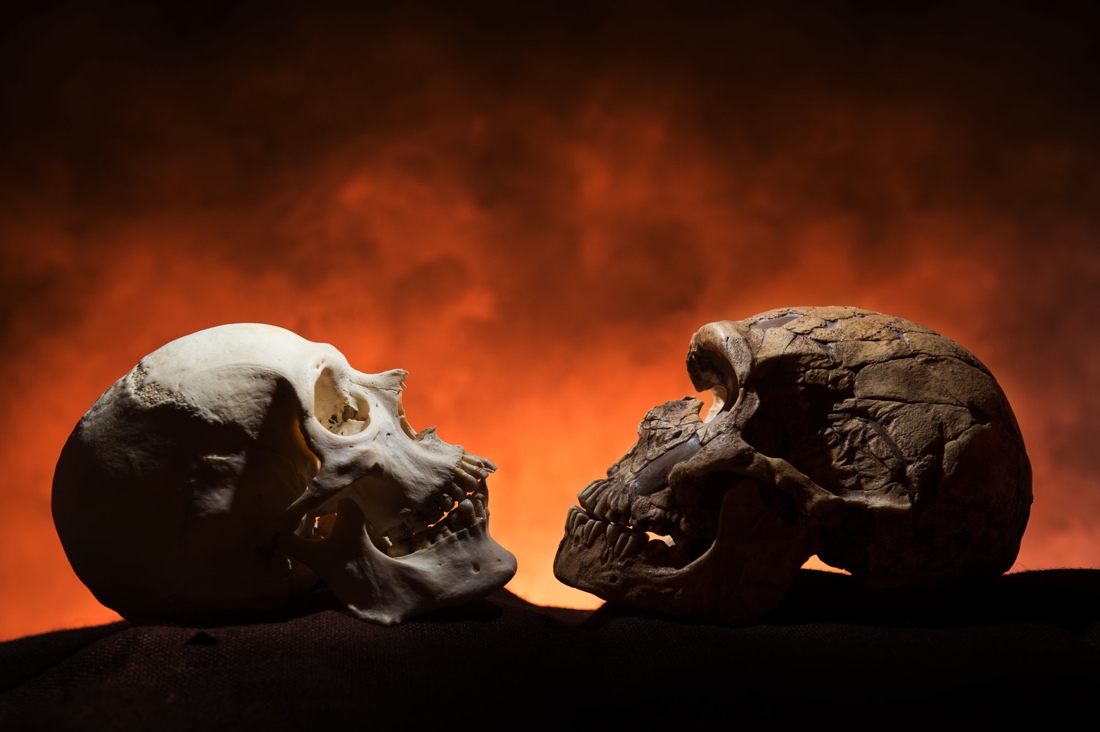 According to research performed by Dr William E. Banks and a team from the French Centre National de la Recherche Scientifique, l’Ecole Pratique d’Hautes Etudes, and the University of Kansas, and published in the journal PLoS ONE this month, an analysis of the distribution of archaeological sites shows modern humans moving in on Neanderthal territory and the consequent shrinking of Neanderthal-dominated zones across Europe around 40,000 years ago.

Scientists used a radiocarbon dating and modeling technique that allowed them to reconstruct areas inhabited by Neanderthal and Cro-Magnon populations. They also made high-resolution simulations of past climates from specific time periods in the same areas. Then they developed an algorithm that analyzed the relationship between location and climate, ran it hundreds of times over, and ended up with a fairly accurate prediction regarding which regions could have been occupied by which human cultures. That’s impressive enough, but even better, the same model also projects the ecological footprint of one culture onto the environmental conditions of a later climatic phase. Meaning that scientists could determine if a particular population left a more or less impactful ecological footprint.

The data reveals that Team Cro-Magnon began to take over during a not-so-severe climatic era called Greenland Interstadial 8—an abrupt cold reversal taking place around 40,000 years ago. Even though research shows the Neanderthals could have held on at this point, they started disappearing as the ecological niche occupied by Cro-Magnon groups started expanding. Cro-Magnon territory had previously laid claim as far south as northern Spain, but during the temperate GI8, they capitalized on less severe conditions and expanded all the way to the south, surely realizing the future land values of the Costa del Sol. The remaining Neanderthals down south survived the longest, avoiding direct competition with modern humans for more time than most. Although, it may not all have been life-or-death contact. Scientists also noted the distinct possibility of cross-population mingling, potentially leading to cultural and genetic exchanges, if you catch my drift.

While the expansion of the first anatomically modern humans across Europe probably wasn’t the Cro-Magnon v. Neanderthal battle royale that is so entertaining to envision, there is obviously a clear winner here, and that’s us.